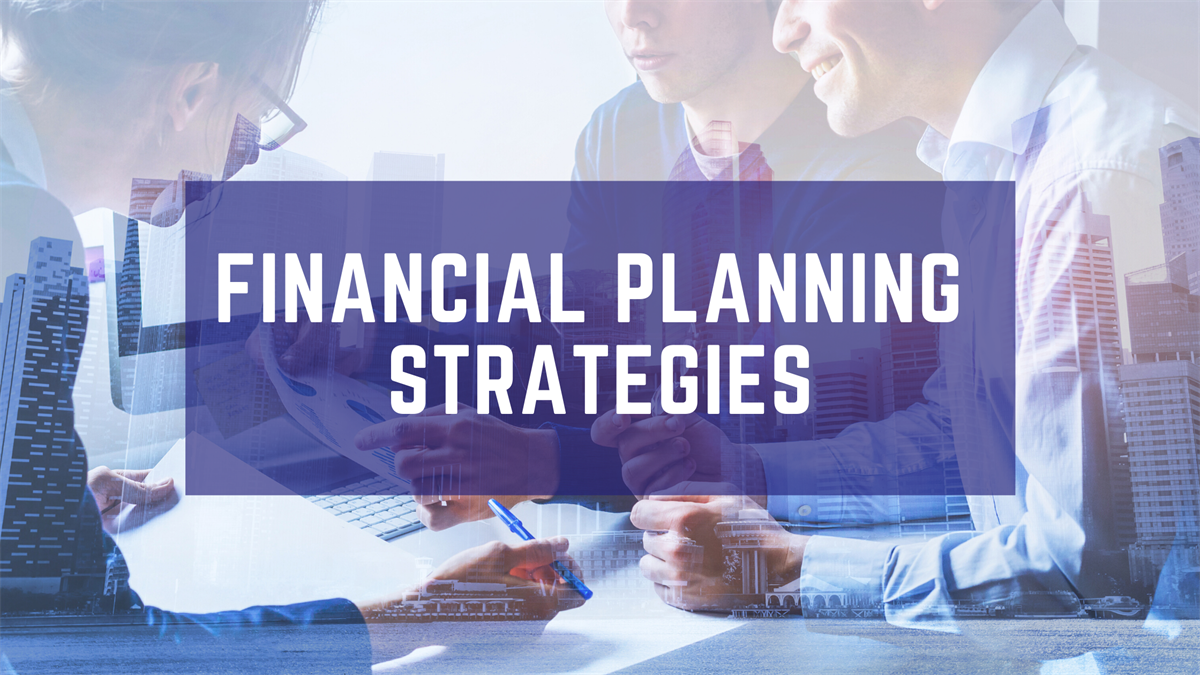 Subtract Inflation and It All Adds Up

Some of us may remember the “good old days,” when gasoline prices were as low as 25¢ per gallon. Others may recall when a can of soda cost 15¢. But prices tend to rise over time—sometimes steadily and sometimes abruptly. In the years ahead, inflation will most likely decrease the purchasing power of your money, which means that during retirement, your dollars will buy less than they do today.

It is easy to misinterpret inflation as the rise in price of individual goods and services. However, inflation is the increase in the average price level of all goods and services. For example, the price you pay for oranges may rise during the winter due to unseasonably cold temperatures in Florida. On the other hand, the average price of other items in your local supermarket,

like peanut butter and paper towels, may remain relatively level. So, the increase in the price of oranges is not a result of inflation but, rather, a function of supply and demand.

Inflation can result when either:

Consider the following economic scenario: suppose business is booming, unemployment is low, and the average worker’s wages are increasing. As a result, consumers have more disposable income available and may therefore be able to purchase more goods and services. Average prices tend to rise under these circumstances due to the increase in demand for all goods and services.

In another scenario, suppose the economy is suffering. As unemployment rises and wages remain stagnant, consumers may be unable to purchase additional goods and services. Production may then slow down, with prices going up to minimize the losses. In this cycle, average prices tend to rise due to a decrease in the supply of all goods and services.

It is important to keep in mind that individual consumers are not the only participants in the market that can affect the economy. Businesses, government agencies, and foreign markets also spend billions of dollars on U.S. goods and services. Their spending, or lack thereof, can equally influence increases or decreases in supply and demand that, in turn, can result in inflation.

To a certain extent, some inflation may be a sign of a healthy economy. In fact, one of the economic policy goals of the U.S. government is to maintain an inflation rate ranging from 0% to 3% per year. Too much inflation or no inflation at all can be a sign of troubling economic times. So one of the greatest challenges facing policymakers is making decisions that lead to the optimum level of inflation.

Two Federal economic policies are used in an attempt to control the economy. Fiscal policy, which falls under the auspices of Congress, uses taxation and spending to reach full employment, stabilize prices, and boost economic growth. In contrast, monetary policy, which is controlled by the Federal Reserve Bank (the Fed), manipulates the money supply and short-term interest rates in an attempt to spur growth or control inflation.

Congress, and especially the Fed, looks at the Consumer Price Index (CPI) when making policy decisions. The CPI is considered by many to be one of the best measurements of inflation. The CPI gauges the average change in prices paid by urban consumers for a fixed market basket of goods and services over a period of time. The CPI represents all goods and services purchased by urban consumers. Each month, the CPI is calculated, and constant fluctuations in the CPI will ultimately result in Congress or the Fed taking appropriate measures to regain control of inflation.

Note that the Fed has the ability to react quickly. However, Congress must pass of legislation, which requires debate and time, before its fiscal decisions can be carried out.

ON A PERSONAL LEVEL

In addition to creating higher costs for goods and services, inflation creates depreciation in currency values. So, as prices increase, the purchasing power of your income—dollar for dollar—decreases. During sound economic times, price increases will usually be accompanied by wage increases that are equal to, or greater than, inflation. However, during economic downturns, when wages remain level, the cost of living increases as your purchasing power diminishes.

Regardless of what state the economy is in, one of your greatest long-term financial challenges may be planning for your retirement savings to outpace inflation. Therefore, it is always important to consider inflation, not only as you save, but also as you make purchasing decisions.

Many parents teach their children the ABCs at a very young age, but do they teach them the ABCs of good credit?

At certain points in life, everyone must deal with banks, loans, credit, and finances. You may have learned your lessons through the “school of hard knocks”— if so, you can use the insight you gained from your experiences to help your children steer clear of some of the difficulties you encountered.

THE THREE “C’S” OF GOOD CREDIT

Good credit can help your children secure the funding they need to purchase a new home or car, or start their own business. In order to establish good credit, it is essential that your children understand the roles of capacity, collateral, and character. When issuing a loan, a bank may consider how the applicant rates in each category.

Capacity poses the question, “What financial resources do you have to pay back the loan?” As the creditor, the bank most likely will ask, “How long have you held your job? How much do you earn? How many dependents do you have, and do you pay child support?”

Collateral concerns what the applicant will use to secure the loan. For example, a creditor may want to know if your child owns a car or has any personal savings that can be used as security against the loan. When your child pledges an asset as collateral, he or she is promising to use the asset for repayment if, for any reason, he or she is unable to pay the balance of the loan. Personal loans generally do not require collateral, but they may have higher interest rates than other loans.

Character is what a creditor assesses to determine the reliability of a loan applicant. The creditor may consider such information as how long an applicant has owned a car or home, or whether the applicant pays the rent and other loans or bills on time.

It is often difficult for young people to establish credit because they have no previous record of paying bills or making loan payments. While a lack of a credit history makes securing that first loan difficult, without that first loan, your child cannot establish a good credit record. As a parent, you can help your child take the first step toward attaining credit by helping him or her open a checking and/or savings account. A creditor may look at such accounts as an indicator of your child’s ability to manage money.

Another step on the road to good credit is for you to cosign a loan application for your young adult child. As a cosigner, you are agreeing to pay back the loan if your child fails to do so. Therefore, communication and trust between you and your child is essential, to ensure that your child will make payments in a timely and responsible manner.

There is only one way to keep a good credit record: pay everything off on time! Make sure your child is aware of how much he or she owes at all times. In addition, try to have your child avoid owing more than can be paid back. Help your child understand that if he or she digs a deep financial hole, it may be impossible to climb out of it.

If you take the time to teach your children these basic concepts, they will have a solid foundation to help them avoid the pitfalls that many young people face when they begin to build their credit foundation.

CLAIMS THAT AMERICANS FACE A RETIREMENT CRISIS MAY BE EXAGGERATED

While many Americans fear their retirement savings will not be sufficient to allow them to retire, this fear is greatly overblown, as each generation of retirees has been better off than the previous generation, and this trend is expected to continue, a white paper recently published by Empower Institute has asserted.

The study, “The Over-Stated Retirement Crisis: An ever-improving retirement system is helping Americans be more prepared for retirement,” was released in September 2019. The paper’s authors noted that although the media have spread the narrative that American workers are facing a retirement crisis, research shows that in 2017, retirement assets were equal to 337% of employee wages, or seven times the share retirees saved in 1975, when traditional pensions were the main retirement savings vehicle.

According to the report, retirement planning in the U.S. began to transition from defined benefit plans to defined contribution plans with the passage of legislation in 1978. “This move shifted the savings burden from employers to employees, leading many to worry that Americans wouldn’t be prepared for retirement,” researchers observed.

However, the paper pointed out, defined benefit plans were associated with both systemic and individual plan challenges, as defined benefit coverage was not portable, and the share of workers covered was relatively low: about half of the private sector workforce had a defined benefit plan in 1960, but this share had fallen to 38% by 1980, and had reached 26% by March 2018. By contrast, researchers said, 71% of civilian employees currently have access to either a defined contribution or defined benefit plan, and in 80% of married couples, at least one spouse has access to a retirement plan.

In addition, researchers noted that thanks to modern plan design and automatic features that encourage better savings behaviors, employees in workplace retirement plans are currently saving more than at any time in the past, with total employee and employer contributions increasing from an average of 9.9% of employee salaries in 1984 to 12.8% of employee salaries in 2017.

The paper’s authors also argued that statistics that cite low average 401(k) account values paint an incomplete picture, given that at the end of 2018, defined contribution plans and IRAs accounted for only about 40% of all retirement assets, while around 60% of retirement assets existed outside these accounts in defined benefit plans, fixed and variable annuities, and government retirement funds. They also pointed out that retirement savings should be seen not as a “three- legged stool,” but as a “five-layered pyramid” that includes Social Security, homeownership, employer- sponsored retirement plans, IRAs, and other assets.

In addition, the paper cited statistics indicating that future retirees will be able to maintain the standard of living enjoyed by previous generations; i.e., that retirees born during the Great Depression had a median income equal to 109% of their average inflation-adjusted earnings, while Gen Xers are on track to replace 110% of their earnings.

Finally, the study’s authors observed that refinement of regulatory oversight along with modern plan design and financial advice have resulted in better protections for savers than existed historically.

“At the same time,” they added, “the flexibility offered by defined contribution and other plans gives savers more control over where they work and how they save.”

The information contained in this newsletter is for general use, and while we believe all information to be reliable and accurate, it is important to remember individual  situations may be entirely different. The information provided is not written or intended as tax or legal advice and may not be relied on for purposes of avoiding any Federal  tax penalties. Individuals are encouraged to seek advice from their own tax or legal counsel. This newsletter is written and published by Liberty Publishing, Inc., Beverly, MA. Copyright © 2020 Liberty Publishing, Inc. All rights reserved. Distributed by Financial Media Exchange.